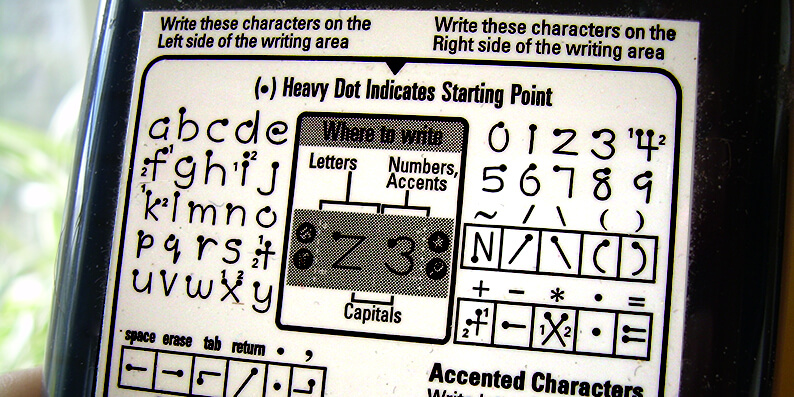 Alan Turing (you know, the guy who decided computers only needed 0s and 1s) thought that the ultimate test of a machine’s intelligence is whether it can hold a conversation with a person. If the machine has intelligence, the person will be fooled into believing that a human mind is on the other side of the dialogue.

According to Turing, mastery of language is intelligence. Since Turing’s time, the idea has been researched and extended by other scholars. The test has been attempted, and algorithms have passed limited forms of it (see Eugene Goostman). But every time a computer passes the test, the results are challenged and the test is made more difficult. Researchers are egging each other on to push the boundary further and further toward a machine that understands the thoughts of a mind. Conceptually, the bar could be pushed high enough that some humans would not pass! At least that’s the pattern we have seen with other AI developments like games and handwriting.

In contrast, consumers now have the commonplace experience of posing natural language questions to machines, including Amazon’s Alexa or Amy from x.ai. Far from the esoteric idea of machine minds that might one day “talk back,” businesses are focused on that evergreen consumer desire: convenience. Product announcements in the area of linguistic user experience – LUX, to coin a phrase – are now a weekly event. As much as we love our web browsers and smartphones, it turns out we’d rather use words than buttons. And while it’s fun to tease Siri into an amusing retort, Siri is really a productivity application that’s there to get something done for us.

The disparity between the Turing test and commercial practicality could be another example of the bumblebee buzzing around while scientists at the whiteboard prove it can’t fly. In Turing’s test, the machine proves that it is intelligent by responding to a human mind through language. That’s because when Turing formulated the test 12 U.S. presidents ago, the idea of ordering a pizza online had not occurred to anyone (well, maybe Nikola Tesla). Arguably, performing the right task as requested is a great way to know that the machine “understands.” We’ve all had conversations with people that definitely didn’t reveal any intelligence, and there have been plenty of times when software did something we found delightfully clever!

Like any new technology, LUX applications began by providing a better way to do something we could already do. Digital assistants that take dictation or set appointments are nice. Wolfram Alpha promised to “understand” our questions, and it is an amazing piece of work. But these early steps don’t mean that the tech will take off. Remember Graffiti on the Palm Pilot? Some great tools are nonetheless a dead end.

LUX needs to pass the next threshold to change the future: Language has to allow systems to do something new. The killer app remains on the loose. Convenience and speed are enough to win the consumer market, but business won’t tip to LUX until these new systems provide capabilities outside of merely activating on keywords.

What’s interesting about LUX is that there is already an existence proof for the killer app. We speak to each other every day using our evolutionary wetware and creating great business value. Language is effective. If systems could understand what we say, we could cut costs and improve efficiency by transferring intent directly into the systems that implement it. Sort of like, “Alexa, order me a pizza,” writ large. Imagine, “Alexa, increase profits in the paper division.” People can’t be cut out of the system because they originate the intent, but LUX implements it at the speed of thought. FastCompany recently profiled the business chatbot phenomenon. A number of companies, including my own AnswerRocket, are applying LUX to business intelligence. The list goes on.

Philosophers can argue about what makes intelligence and the nature of “mind.” In the meantime, LUX-enabled software will continue to proliferate, even as it sometimes makes comical mistakes like Alexa’s responding to its own TV commercials, or Siri’s injecting an answer at a White House press conference. Iterations and innovations will improve the technology until it takes its place in the arsenal of systems that improve our lives. Like the stray dogs that ride subways in Moscow, we don’t have to understand how it works to embrace and enjoy it. Our only mistake would be to underestimate what’s possible and not to prepare for what’s next.

Natural Language & Analytics: A Cheat Sheet for Business People — Now that you have learned the larger context behind AI and the evolution of natural language computing, it’s time to dive into how natural language factors into the business world. More specifically, this comprehensive web page covers the scope of natural language possibilities in the analytics space.