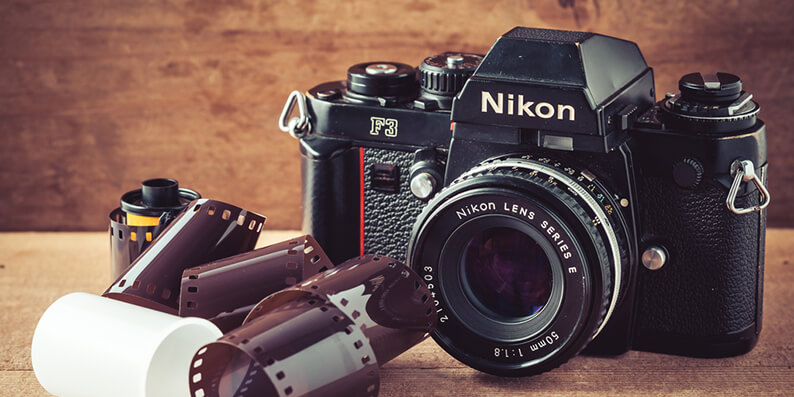 I have more pictures from one of my son’s recreational lacrosse games or my daughter getting her driver’s license than I do of my entire childhood.

Why? Because when I was growing up, photos were only taken on special occasions or vacations – and then sparingly. An entire week at the beach was captured on a single roll of 24 pictures. (Half of them were blurry, dark, or blocked by my dad’s thumb.) Photography was a little expensive – not just the rolls of film, but also the development. Before taking a picture, you had to think twice if it was worth it.

Of course today, digital cameras, smartphones, and sharing platforms make photographs ubiquitous and practically free. I’ve taken 24 pictures of my dog chewing on a bone, trying to get just the right angle and lighting.

Self-Service Analytics: Point and Click
I see that same turning-on-the-spigot effect happening with self-service analytics. When companies find a solution that is as immediate and easy-to-use as a smartphone camera, it unleashes the ways in which analytics is used.

When we first met with SnapAV, one of their main goals was getting insights faster. They didn’t have a problem with the quality of their analytics. Their primary problem was that their technical analysts were drowning in a backlog of requests.

AnswerRocket met SnapAV’s original objective: Business teams gained access to data for their ad hoc queries, and users started getting answers in seconds. This was thanks, in large part, to the accessibility afforded to the team by AnswerRocket’s natural language processing approach to search.

But what SnapAV didn’t expect was how this access would transform their approach to analytics. Without the barriers of time and extra steps, business users could ask a multitude of questions in a very short time. They finally had a tool that could keep up with their brains. Ask a question, get an answer, ask a follow-up question, and keep exploring until they uncovered something actionable about their business.

A Bottom-Line Focus
SnapAV’s reporting team had been handling an average of 20 monthly reporting requests. Shortly after implementing AnswerRocket, they used our tool to ask 2,000 questions in a single month.

Let’s translate this into time and expense. By our estimates, the average question equates to 50 lines of SQL code. A typical programmer can write 250 lines of SQL in a day. To address 2,000 questions without a business-friendly BI tool, SnapAV would have needed to hire 19 additional full-time analysts. Let’s say a technical analyst’s annual salary is $75,000. Without including benefits, SnapAV would have spent nearly $1.5M in salary.

Maybe you’re asking yourself how many of those 2,000 queries were disposable, the equivalent of a teenager’s selfie binge. (By the way, I’m not pointing fingers at any of my children here.)

For SnapAV, all of these queries were completely worthwhile. Gaining access to their data fostered more inquisitiveness amongst their marketing and product catalog teams. The insights they uncovered led to several initiatives that generated nearly $3M in revenue in just their first year of using AnswerRocket. All without incurring additional headcount costs.

Their momentum hasn’t slowed. SnapAV is now averaging 5,300 questions per month. “AnswerRocket is intertwined with normal day-to-day operations,” says Levy. “The big value is that we have easier access to facts when we make business decisions. It also lowers the bar for finding answers to questions, so it is helping us reinforce a culture of curiosity throughout the business.”

Meanwhile, SnapAV’s data scientists have been freed up to do the deeper-level analysis they previously didn’t have the bandwidth to complete. Using my photography analogy – the business users are taking hundreds of snapshots while the data scientists are creating portraits.